A little about the founders...

Mybackyardicerink was founded in May of 2008 by John Vlahos and his family.

John has a lot of technical skills and decided to use them on order to share his knowledge about his passion...skating outdoors and backyard ice rinks!

The idea of putting together a website on backyard ice rinks did not actually come from John. His friend Robert, who was impressed with John's rink-building skills throughout the years, and whom John had known for years (they actually first met through the rinks, both their son's were on the same summer hockey team and played in many hockey tournaments together) suggested to him that he create a website in order to share his knowledge to all that wanted to build rinks, like john had done for his family.

"Why don't you help others by getting all that valuable information out of your head. You can use your technical abilities to help many by going online?"

John thought about it for a little while...

John had spent so much personal time researching, reading about and building backyard rinks, that he realized that spending more of my time sharing my information with other people...like himself...interested in making home ice and backyard rinks, is something he would really enjoy doing.

Why not provide all his experience, research and knowledge about making backyard ice rinks in one place where it is accessible by anyone...

and so mybackyardicerink.com was born!

John had been making backyard ice rinks for many years.

The idea of building a backyard skating rink was first sparked by his son when is son was just 4 years old.

Disappointed that he had to go home after having fun playing hockey on an outdoor skating rink at local neighborhood park, he said, "I wish I had some home ice to play backyard hockey on! 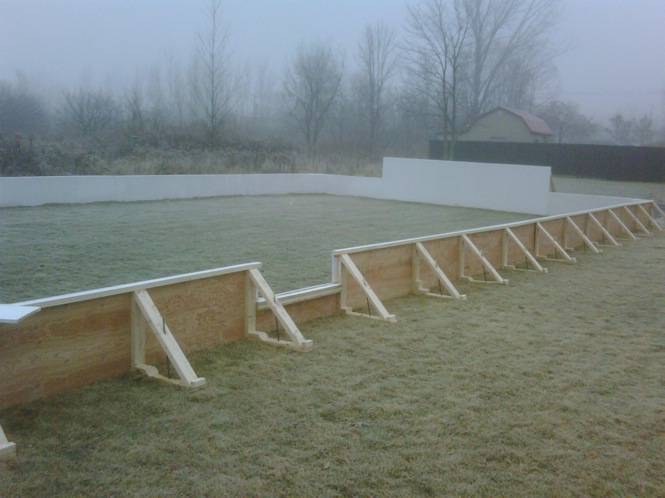 Even in the harshest cold winter weather, every season, John's family backyard skating rink has created tons of outside fun for their entire family. 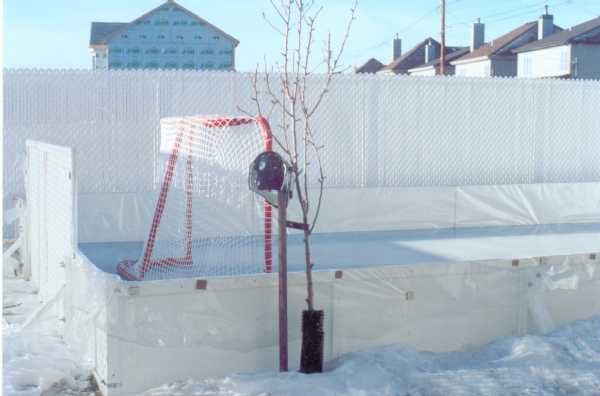 His family and their neighbors brought their hockey equipment and figure skating equipment to their home ice rink, and spend lots of time together playing backyard hockey, shinny, ice skating and figure skating. It was a wonderful time where many friendships were made and which created unforgettable moments with anyone who loved winter and outdoor hockey! 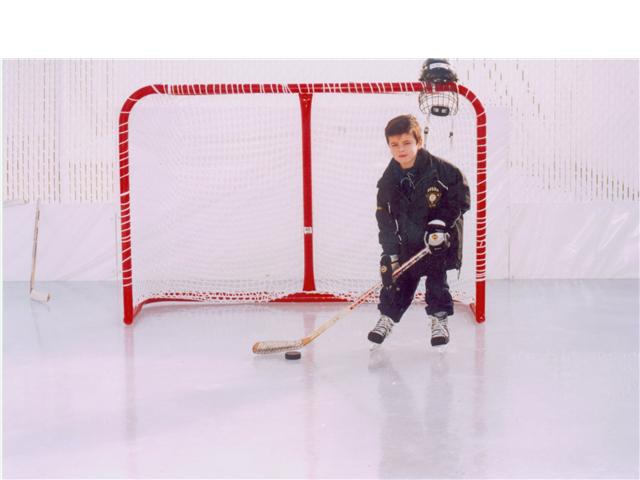 Often their son and friends dreamed of being young NHL players (visions on NHL often dance around in their head).

Young Wayne Gretzky used to dream about playing like Gordie Howe on his own hockey rink that his dad Walter Gretzky built by letting a sprinkler run all night in the backyard of the family home in Brantford, Ontario. 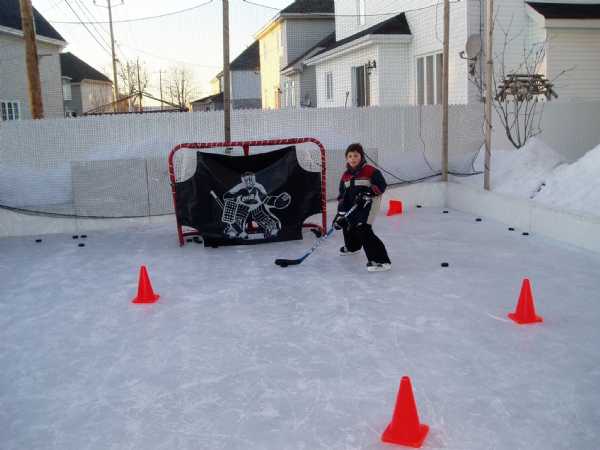 John knew of many other phenomenal hockey players such as Mario Lemieux, Sidney Crosby and many others spend most of their time on an outdoor skating rink playing hockey, having fun and often even performing serious hockey drills!

Aside from providing great hockey moments, John had no doubt that their outdoor ice rinks helped them develop and enhance their hockey skills and hockey finesse. You could proudly conclude that backyard ice rinks gave birth to their incredible Canadian hockey play!

For the past several years John has designed many other backyard ice rinks and backyard hockey rinks for other members of my family and many of my close friends.John still enjoys making his outdoor skating rink. Making home ice has become his most passionate hobby!

John and his family are truly proud of our backyard skating rink. Their backyard rink has become an important part of their lives and their family will share with you all their building tips and tricks in order to help you build your own ice rink.

Thank you so much for visiting mybackyardicerink.com.

I have filled mybackyardicerink.com with lots of resources for parents, kids, players and coaches.

I will always offer the best information, advice and recommendations so that the experience of making a backyard ice rink will be both unforgettable and pleasurable for you.

This web site is for anyone who loves winter and wants to create unforgettable moments by making a backyard skating rink.

Within this site, I will share with you all my passion and information on how to make your own backyard rink, for free.

I hope you will be pleased with everything you find on this site. All you need to know should be right here.

Please feel free to send to me any comments or feedback on mybackyardicerink.com. I love to hear how this site has helped people. I also want to know if the website can be improved!

You can reach me at: john@mybackyardicerink.com. I am available to help anyone and at anytime.