Need arena netting? All your options for protective hockey rink netting are spelled out and clarified. Understand nylon mesh netting vs monofilament, color choices, more. It's all here. 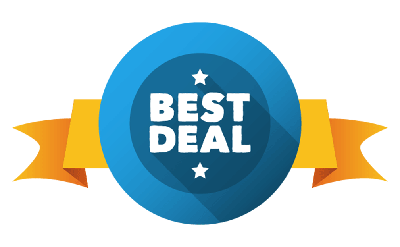 DESIGN YOUR OWN SIZE AND SHAPE!

If you need rink products and accessories, visit our new online store at shop.mybackyardicerink.com

Your one stop source for building and enjoying your backyard ice rink!

Why all the talk of hockey netting?

In March 2002, Brittanie Cecil was improbably struck in the neck by a careening hockey puck. Tragically, she died two days later.

Arenas have always worked to ensure spectator safety, though clearly all spectators enter the arena at their own risk. Nevertheless, a few months later after thoroughly reviewing arena layouts and practices, the NHL mandated an additional layer of safety for spectators - the installation of arena netting around all corners and ends of all NHL arenas.

Hopefully we'll never know how many other freak and tragic accidents have been prevented since all NHL arenas implemented the fairly inexpensive installation of nylon mesh netting since 2002.

Might a perimeter net for your hockey rink also be a valuable addition to your public ice skating enterprise or your backyard ice rink?

What is it worth to not have to chase down hundreds of pucks every month? How nice would it be to not have to fear your family or friends might get drilled accidentally by a puck traveling at blinding speed? Did you build your backyard ice rink such that your bay window is in the direct line of fire??

Arena netting can solve all these problems, and at an amazingly reasonable cost. For a public arena you'll want a professional to install and hang the hockey netting. But in your backyard, if you're handy, you may be able to construct the framework as a DIY project, and then hang the netting with the help of a neighbor or buddy.

Arena netting comes in various sizes and styles of construction:

If you need rink products and accessories, visit our new online store at shop.mybackyardicerink.com

Your one stop source for building and enjoying your backyard ice rink!

If you're interested in obtaining a perimeter net for a public ice arena or a brightly lit backyard hockey rink, your best color choice is black.

To order Arena Netting for your public or backyard ice rink:
Size your rink by measuring the area you wish to protect by the linear foot.

Installation:
The netting should adequately protect all spectators in the arena, whether seated or walking, and especially at both ends of the arena alongside the rink boards.

You'll measure by linear foot to know how many feet of arena netting you need to purchase. For height of netting, measure from the top of the glass, or your boards, to a height over which no pucks will sail. For most home rinks, a 10 foot high netting will actually provide protection up to about 14 feet high, once installed above 4 foot tall dasherboards. Netting in NHL arenas are typically 18-20 feet high.

Inspecting protective hockey rink netting:
Arena netting conforms to certain strengths when new, but time will certainly erode this strength and the resilience of the netting. Netting that has been UV treated will last considerably longer. Nevertheless, it is wise to conduct periodic tests to ensure that your protective hockey rink netting will keep on doing its job.

This RSS feed is a small blog about backyard rinks (kind of an online journal), which will also let you know whenever any new or changed Web pages appear on mybackyardicerink.com.

mybackyardicerink.com Blog News keeps you up-to-date with other special postings and points out some of our special past topics that you might otherwise miss.

What is an RSS feed?

Three other ways to keep in touch!

If you like my Site about Backyard Ice Rinks, please let Google know by clicking the +1 button.

On all pages except the Home page, you will also see Page +1 buttons. Please click the buttons of pages that you like.

Note: If a +1 button is dark blue, you have already +1'd it. Thank you for your support!

(If you are not logged into your Google account (ex., gMail, Docs), a login window opens when you click on +1. Logging in registers your "vote" with Google. Thank you!)

Note: Not all browsers show the +1 button.